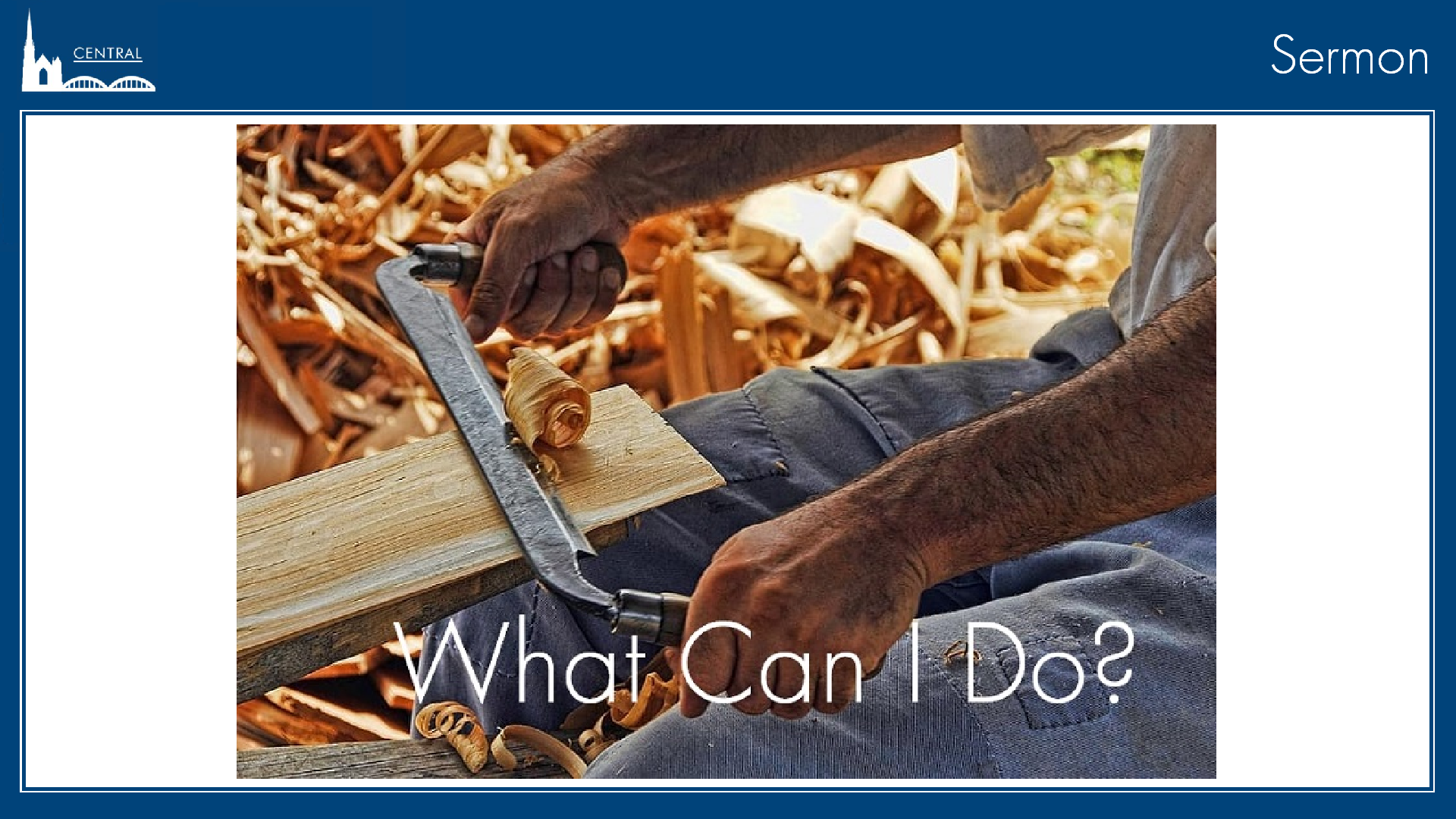 Moses and the Burning Bush

3 Now Moses was tending the flock of Jethro his father-in-law, the priest of Midian, and he led the flock to the far side of the wilderness and came to Horeb, the mountain of God. 2 There the angel of the Lord appeared to him in flames of fire from within a bush. Moses saw that though the bush was on fire it did not burn up. 3 So Moses thought, “I will go over and see this strange sight—why the bush does not burn up.”

4 When the Lord saw that he had gone over to look, God called to him from within the bush, “Moses! Moses!”

5 “Do not come any closer,” God said. “Take off your sandals, for the place where you are standing is holy ground.” 6 Then he said, “I am the God of your father,[a] the God of Abraham, the God of Isaac and the God of Jacob.” At this, Moses hid his face, because he was afraid to look at God.

7 The Lord said, “I have indeed seen the misery of my people in Egypt. I have heard them crying out because of their slave drivers, and I am concerned about their suffering. 8 So I have come down to rescue them from the hand of the Egyptians and to bring them up out of that land into a good and spacious land, a land flowing with milk and honey—the home of the Canaanites, Hittites, Amorites, Perizzites, Hivites and Jebusites. 9 And now the cry of the Israelites has reached me, and I have seen the way the Egyptians are oppressing them. 10 So now, go. I am sending you to Pharaoh to bring my people the Israelites out of Egypt.”

11 But Moses said to God, “Who am I that I should go to Pharaoh and bring the Israelites out of Egypt?”

12 And God said, “I will be with you. And this will be the sign to you that it is I who have sent you: When you have brought the people out of Egypt, you[b] will worship God on this mountain.”

13 Moses said to God, “Suppose I go to the Israelites and say to them, ‘The God of your fathers has sent me to you,’ and they ask me, ‘What is his name?’ Then what shall I tell them?”

15 God also said to Moses, “Say to the Israelites, ‘The Lord,[d] the God of your fathers—the God of Abraham, the God of Isaac and the God of Jacob—has sent me to you.’

“This is my name forever,
the name you shall call me
from generation to generation.

16 “Go, assemble the elders of Israel and say to them, ‘The Lord, the God of your fathers—the God of Abraham, Isaac and Jacob—appeared to me and said: I have watched over you and have seen what has been done to you in Egypt. 17 And I have promised to bring you up out of your misery in Egypt into the land of the Canaanites, Hittites, Amorites, Perizzites, Hivites and Jebusites—a land flowing with milk and honey.’

18 “The elders of Israel will listen to you. Then you and the elders are to go to the king of Egypt and say to him, ‘The Lord, the God of the Hebrews, has met with us. Let us take a three-day journey into the wilderness to offer sacrifices to the Lord our God.’ 19 But I know that the king of Egypt will not let you go unless a mighty hand compels him. 20 So I will stretch out my hand and strike the Egyptians with all the wonders that I will perform among them. After that, he will let you go.

21 “And I will make the Egyptians favorably disposed toward this people, so that when you leave you will not go empty-handed. 22 Every woman is to ask her neighbor and any woman living in her house for articles of silver and gold and for clothing, which you will put on your sons and daughters. And so you will plunder the Egyptians.”

4 Moses answered, “What if they do not believe me or listen to me and say, ‘The Lord did not appear to you’?”

2 Then the Lord said to him, “What is that in your hand?”

Moses threw it on the ground and it became a snake, and he ran from it. 4 Then the Lord said to him, “Reach out your hand and take it by the tail.” So Moses reached out and took hold of the snake and it turned back into a staff in his hand. 5 “This,” said the Lord, “is so that they may believe that the Lord, the God of their fathers—the God of Abraham, the God of Isaac and the God of Jacob—has appeared to you.”

6 Then the Lord said, “Put your hand inside your cloak.” So Moses put his hand into his cloak, and when he took it out, the skin was leprous[e]—it had become as white as snow.

7 “Now put it back into your cloak,” he said. So Moses put his hand back into his cloak, and when he took it out, it was restored, like the rest of his flesh.

10 Moses said to the Lord, “Pardon your servant, Lord. I have never been eloquent, neither in the past nor since you have spoken to your servant. I am slow of speech and tongue.”

11 The Lord said to him, “Who gave human beings their mouths? Who makes them deaf or mute? Who gives them sight or makes them blind? Is it not I, the Lord? 12 Now go; I will help you speak and will teach you what to say.”

13 But Moses said, “Pardon your servant, Lord. Please send someone else.”

14 Then the Lord’s anger burned against Moses and he said, “What about your brother, Aaron the Levite? I know he can speak well. He is already on his way to meet you, and he will be glad to see you. 15 You shall speak to him and put words in his mouth; I will help both of you speak and will teach you what to do. 16 He will speak to the people for you, and it will be as if he were your mouth and as if you were God to him. 17 But take this staff in your hand so you can perform the signs with it.”

18 Then Moses went back to Jethro his father-in-law and said to him, “Let me return to my own people in Egypt to see if any of them are still alive.”

19 Now the Lord had said to Moses in Midian, “Go back to Egypt, for all those who wanted to kill you are dead.” 20 So Moses took his wife and sons, put them on a donkey and started back to Egypt. And he took the staff of God in his hand.

21 The Lord said to Moses, “When you return to Egypt, see that you perform before Pharaoh all the wonders I have given you the power to do. But I will harden his heart so that he will not let the people go. 22 Then say to Pharaoh, ‘This is what the Lord says: Israel is my firstborn son, 23 and I told you, “Let my son go, so he may worship me.” But you refused to let him go; so I will kill your firstborn son.’”

24 At a lodging place on the way, the Lord met Moses[f] and was about to kill him. 25 But Zipporah took a flint knife, cut off her son’s foreskin and touched Moses’ feet with it.[g] “Surely you are a bridegroom of blood to me,” she said. 26 So the Lord let him alone. (At that time she said “bridegroom of blood,” referring to circumcision.)

27 The Lord said to Aaron, “Go into the wilderness to meet Moses.” So he met Moses at the mountain of God and kissed him. 28 Then Moses told Aaron everything the Lord had sent him to say, and also about all the signs he had commanded him to perform.

29 Moses and Aaron brought together all the elders of the Israelites, 30 and Aaron told them everything the Lord had said to Moses. He also performed the signs before the people, 31 and they believed. And when they heard that the Lord was concerned about them and had seen their misery, they bowed down and worshiped.