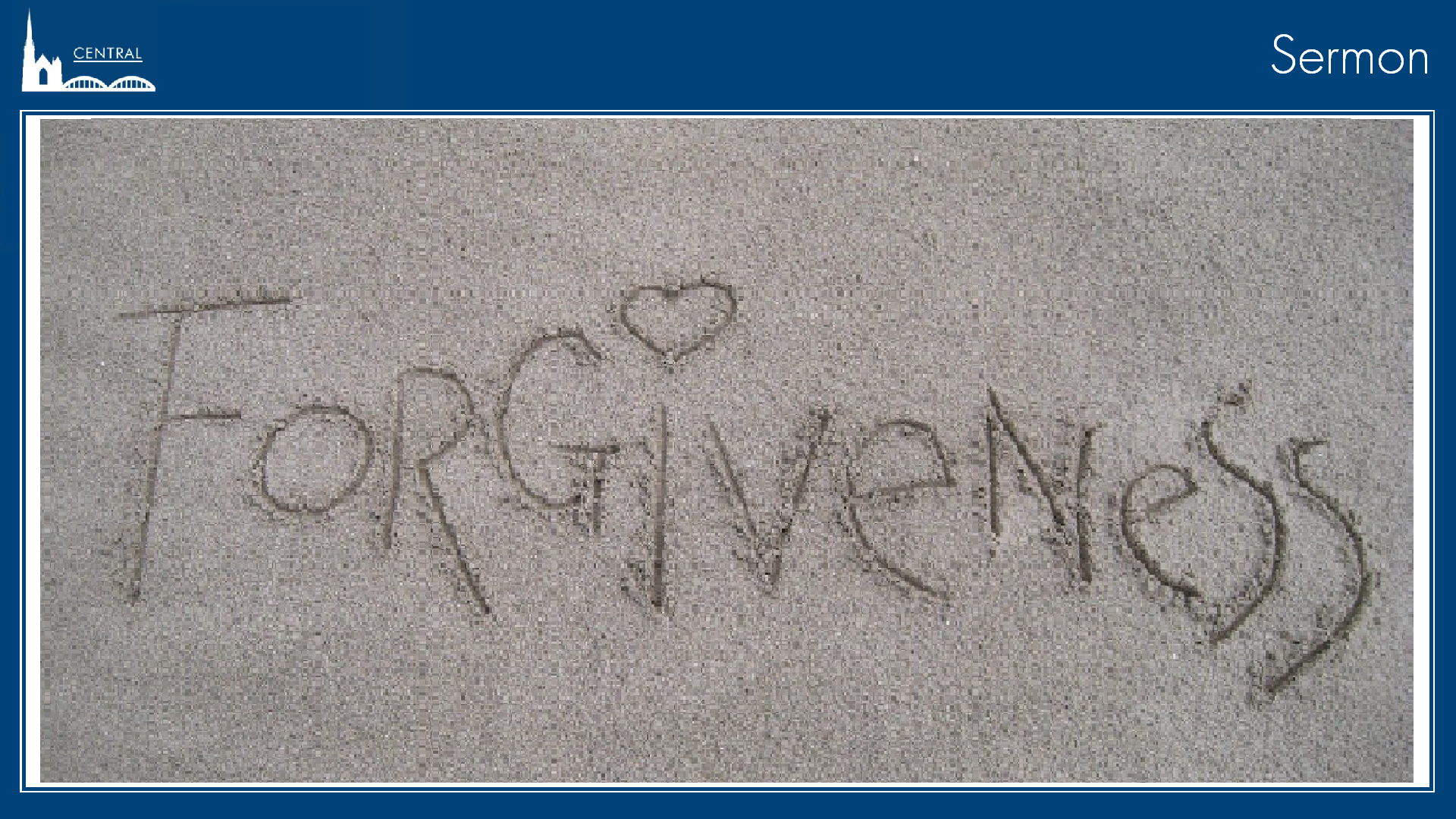 For the director of music. A psalm of David. When the prophet Nathan came to him after David had committed adultery with Bathsheba.

3 For I know my transgressions,
and my sin is always before me.
4 Against you, you only, have I sinned
and done what is evil in your sight;
so you are right in your verdict
and justified when you judge.
5 Surely I was sinful at birth,
sinful from the time my mother conceived me.
6 Yet you desired faithfulness even in the womb;
you taught me wisdom in that secret place.

7 Cleanse me with hyssop, and I will be clean;
wash me, and I will be whiter than snow.
8 Let me hear joy and gladness;
let the bones you have crushed rejoice.
9 Hide your face from my sins
and blot out all my iniquity.

10 Create in me a pure heart, O God,
and renew a steadfast spirit within me.
11 Do not cast me from your presence
or take your Holy Spirit from me.
12 Restore to me the joy of your salvation
and grant me a willing spirit, to sustain me.

11 In the spring, at the time when kings go off to war, David sent Joab out with the king’s men and the whole Israelite army. They destroyed the Ammonites and besieged Rabbah. But David remained in Jerusalem.

2 One evening David got up from his bed and walked around on the roof of the palace. From the roof he saw a woman bathing. The woman was very beautiful, 3 and David sent someone to find out about her. The man said, “She is Bathsheba, the daughter of Eliam and the wife of Uriah the Hittite.” 4 Then David sent messengers to get her. She came to him, and he slept with her. (Now she was purifying herself from her monthly uncleanness.) Then she went back home. 5 The woman conceived and sent word to David, saying, “I am pregnant.”

6 So David sent this word to Joab: “Send me Uriah the Hittite.” And Joab sent him to David. 7 When Uriah came to him, David asked him how Joab was, how the soldiers were and how the war was going. 8 Then David said to Uriah, “Go down to your house and wash your feet.” So Uriah left the palace, and a gift from the king was sent after him. 9 But Uriah slept at the entrance to the palace with all his master’s servants and did not go down to his house.

10 David was told, “Uriah did not go home.” So he asked Uriah, “Haven’t you just come from a military campaign? Why didn’t you go home?”

11 Uriah said to David, “The ark and Israel and Judah are staying in tents,[a] and my commander Joab and my lord’s men are camped in the open country. How could I go to my house to eat and drink and make love to my wife? As surely as you live, I will not do such a thing!”

12 Then David said to him, “Stay here one more day, and tomorrow I will send you back.” So Uriah remained in Jerusalem that day and the next. 13 At David’s invitation, he ate and drank with him, and David made him drunk. But in the evening Uriah went out to sleep on his mat among his master’s servants; he did not go home.

14 In the morning David wrote a letter to Joab and sent it with Uriah. 15 In it he wrote, “Put Uriah out in front where the fighting is fiercest. Then withdraw from him so he will be struck down and die.”

16 So while Joab had the city under siege, he put Uriah at a place where he knew the strongest defenders were. 17 When the men of the city came out and fought against Joab, some of the men in David’s army fell; moreover, Uriah the Hittite died.

18 Joab sent David a full account of the battle. 19 He instructed the messenger: “When you have finished giving the king this account of the battle, 20 the king’s anger may flare up, and he may ask you, ‘Why did you get so close to the city to fight? Didn’t you know they would shoot arrows from the wall? 21 Who killed Abimelek son of Jerub-Besheth[b]? Didn’t a woman drop an upper millstone on him from the wall, so that he died in Thebez? Why did you get so close to the wall?’ If he asks you this, then say to him, ‘Moreover, your servant Uriah the Hittite is dead.’”

22 The messenger set out, and when he arrived he told David everything Joab had sent him to say. 23 The messenger said to David, “The men overpowered us and came out against us in the open, but we drove them back to the entrance of the city gate. 24 Then the archers shot arrows at your servants from the wall, and some of the king’s men died. Moreover, your servant Uriah the Hittite is dead.”

25 David told the messenger, “Say this to Joab: ‘Don’t let this upset you; the sword devours one as well as another. Press the attack against the city and destroy it.’ Say this to encourage Joab.”

26 When Uriah’s wife heard that her husband was dead, she mourned for him. 27 After the time of mourning was over, David had her brought to his house, and she became his wife and bore him a son. But the thing David had done displeased the Lord.

12 The Lord sent Nathan to David. When he came to him, he said, “There were two men in a certain town, one rich and the other poor. 2 The rich man had a very large number of sheep and cattle, 3 but the poor man had nothing except one little ewe lamb he had bought. He raised it, and it grew up with him and his children. It shared his food, drank from his cup and even slept in his arms. It was like a daughter to him.

5 David burned with anger against the man and said to Nathan, “As surely as the Lord lives, the man who did this must die! 6 He must pay for that lamb four times over, because he did such a thing and had no pity.”

7 Then Nathan said to David, “You are the man! This is what the Lord, the God of Israel, says: ‘I anointed you king over Israel, and I delivered you from the hand of Saul. 8 I gave your master’s house to you, and your master’s wives into your arms. I gave you all Israel and Judah. And if all this had been too little, I would have given you even more. 9 Why did you despise the word of the Lord by doing what is evil in his eyes? You struck down Uriah the Hittite with the sword and took his wife to be your own. You killed him with the sword of the Ammonites. 10 Now, therefore, the sword will never depart from your house, because you despised me and took the wife of Uriah the Hittite to be your own.’

11 “This is what the Lord says: ‘Out of your own household I am going to bring calamity on you. Before your very eyes I will take your wives and give them to one who is close to you, and he will sleep with your wives in broad daylight. 12 You did it in secret, but I will do this thing in broad daylight before all Israel.’”

13 Then David said to Nathan, “I have sinned against the Lord.”

Nathan replied, “The Lord has taken away your sin. You are not going to die. 14 But because by doing this you have shown utter contempt for[c] the Lord, the son born to you will die.”

15 After Nathan had gone home, the Lord struck the child that Uriah’s wife had borne to David, and he became ill. 16 David pleaded with God for the child. He fasted and spent the nights lying in sackcloth[d] on the ground. 17 The elders of his household stood beside him to get him up from the ground, but he refused, and he would not eat any food with them.

18 On the seventh day the child died. David’s attendants were afraid to tell him that the child was dead, for they thought, “While the child was still living, he wouldn’t listen to us when we spoke to him. How can we now tell him the child is dead? He may do something desperate.”

19 David noticed that his attendants were whispering among themselves, and he realized the child was dead. “Is the child dead?” he asked.

20 Then David got up from the ground. After he had washed, put on lotions and changed his clothes, he went into the house of the Lord and worshiped. Then he went to his own house, and at his request they served him food, and he ate.

21 His attendants asked him, “Why are you acting this way? While the child was alive, you fasted and wept, but now that the child is dead, you get up and eat!”

22 He answered, “While the child was still alive, I fasted and wept. I thought, ‘Who knows? The Lord may be gracious to me and let the child live.’ 23 But now that he is dead, why should I go on fasting? Can I bring him back again? I will go to him, but he will not return to me.”

24 Then David comforted his wife Bathsheba, and he went to her and made love to her. She gave birth to a son, and they named him Solomon. The Lord loved him; 25 and because the Lord loved him, he sent word through Nathan the prophet to name him Jedidiah.[e]

29 So David mustered the entire army and went to Rabbah, and attacked and captured it. 30 David took the crown from their king’s[f] head, and it was placed on his own head. It weighed a talent[g] of gold, and it was set with precious stones. David took a great quantity of plunder from the city 31 and brought out the people who were there, consigning them to labor with saws and with iron picks and axes, and he made them work at brickmaking.[h] David did this to all the Ammonite towns. Then he and his entire army returned to Jerusalem.