A Brief History of our Community 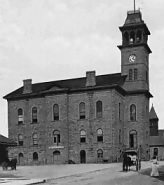 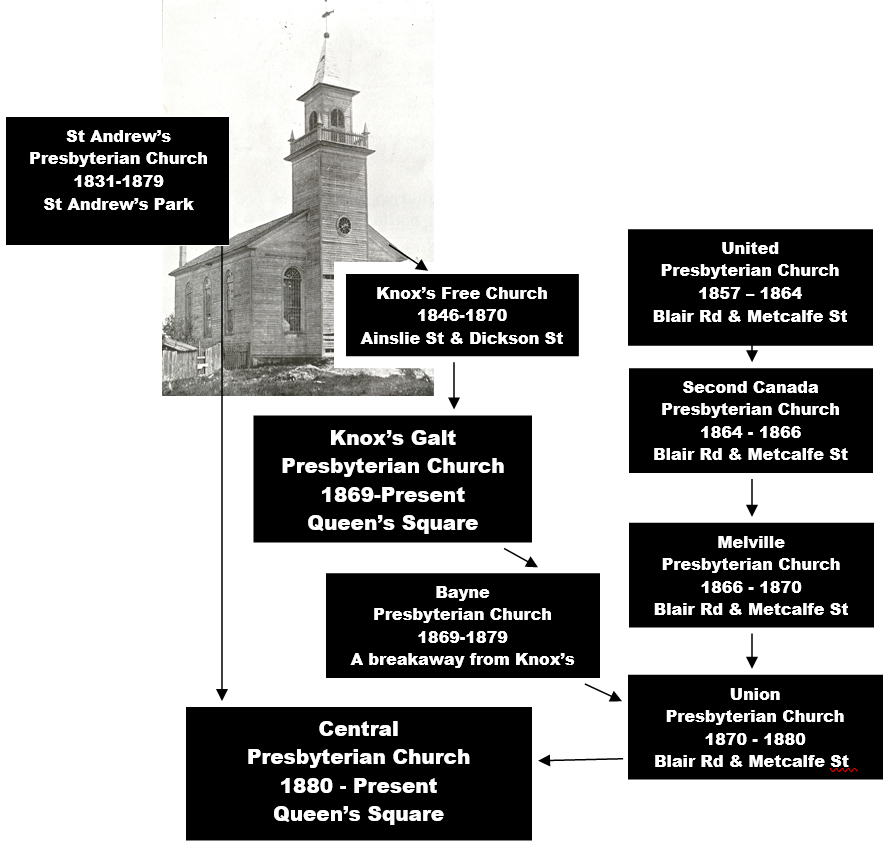 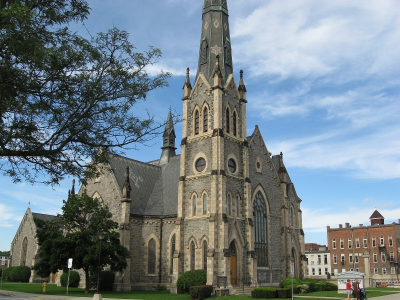 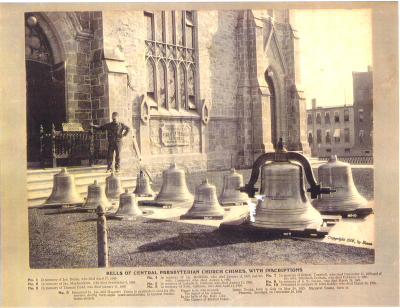 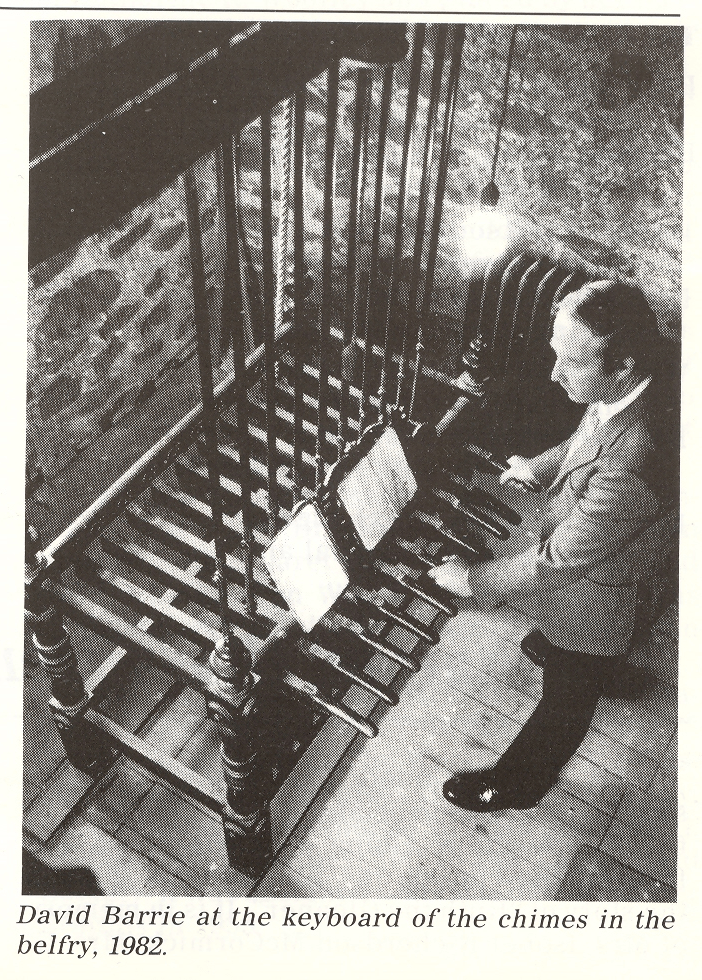 The memorial chime was installed in 1906 and dedicated to individuals in the congregation. The bells were cast by the McShane foundry of Baltimore, Maryland.

The chime is played from a chime stand of wooden handles connected to rods and chains located in the steeple at the round windows level.

The bells are hung from a wooden bell frame at the louvered windows in the highest part of the stone tower just below the steeple.

The bells weigh between 250 pounds and 2100 pounds. The largest bell which forms the lowest note of the scale of E may also be pealed. 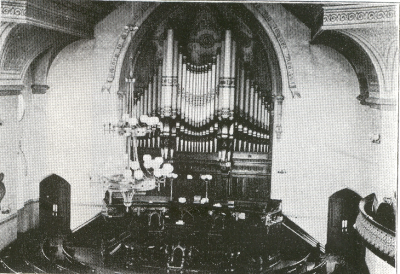 A wooden screen was installed behind the pulpit covering the previously exposed pipes. The organ screen bears the symbol, The Burning Bush,- the symbol of the Presbyterian Church in Canada.