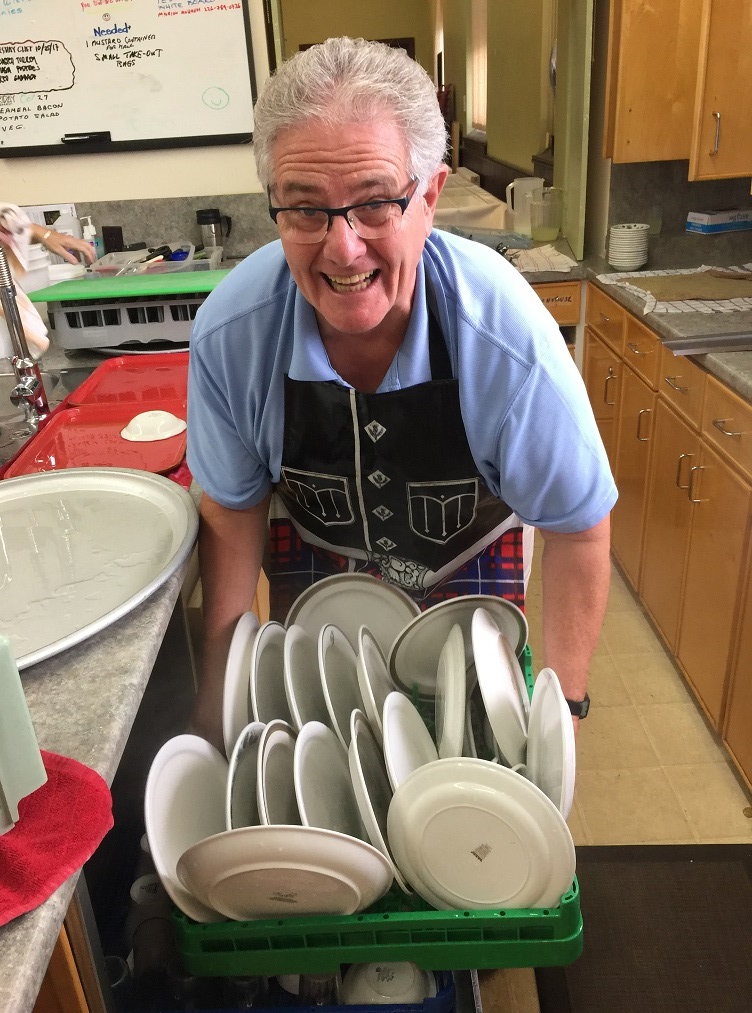 As followers of Jesus, we, like his early disciples, are called to serve. Many members of Central manifest their faith through their volunteer work both in the community, and within Central. This feature will highlight some of Central’s volunteers who are doing God’s work.

One of them is Peter Goudy.

Peter was born and raised in Galt and his family have been members of Central Church for many years. Although Peter had some interactions with deaf people when he was young, he headed to Hamilton Teacher’s College intending to teach in a regular public school. Wanting to escape a boring math lecture one day however, he ended up at a hiring presentation by the Ernest C. Drury School for the Deaf and his future was decided.

Eight years ago, when Peter semi-retired, he was approached to join the Board at Trinity Table. His acceptance has directed his retirement in a new direction! As Chair of the Board for Trinity Table, and an active volunteer doing dishes, it is his job to ensure the smooth functioning of the lunch program which regularly feeds 140-160 people Mondays, Wednesdays and Fridays.

Trinity Church began the lunch program 26 years ago and it relies entirely on donations and volunteer labour. Trinity Table serves an average of 19,000 meals per year and the largest turn-out is for the Christmas dinner which regularly serves 200. A coffee/tea and pastries program runs from 9:30 am as well. While much of the food comes from the Food Bank, the rest is donated by grocery stores and individuals. Trinity Table fundraises to cover other costs, including electricity, water and other necessities. 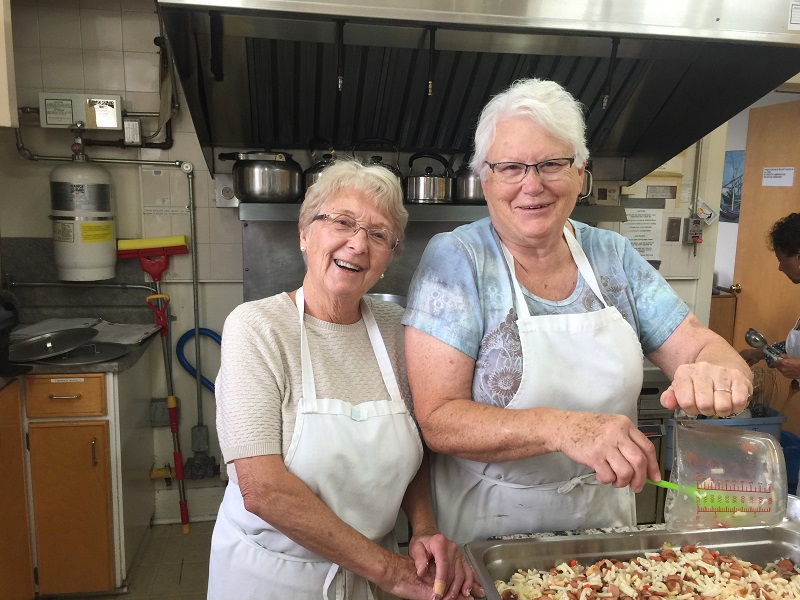 The people who come to Trinity Table come for the food but also receive companionship and understanding in a place where they feel comfortable. There are many stories of folks who have “messed up” but gone on to obtain jobs and housing and they often express their thanks for the acceptance and support they received at Trinity Table.

If you feel called to serve in this ministry, please contact Peter either by phone (519-623-6953) or by E-Mail (petergoudy@live.com)