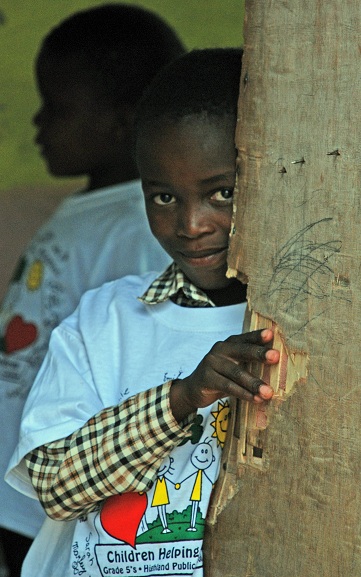 Steph introduces us to Rapelang

While I was teaching the children at Rachel’s Home, the children began to call me Madame because I held professional status. I soon learned the power that a name holds in Lesotho.

Each Sesotho name holds meaning as many North American names do. The difference in Lesotho is that when each child told me the meaning of their name, it was as if they were displaying a badge of honour.

For example, Rapelang, a boy wise beyond his years, told me his name meant “prayer”. He placed his hand together in prayer position as he said this.

When school was over for the day, and I would play with the children they called me Sister Steph, because my status was gone. One day, I asked the children what would my Sesotho name be? Rapelang looked at me and without hesitation answered, “Palesa; it means flower.”

I nearly wept in front of them. From that moment on I was Sister Palesa.