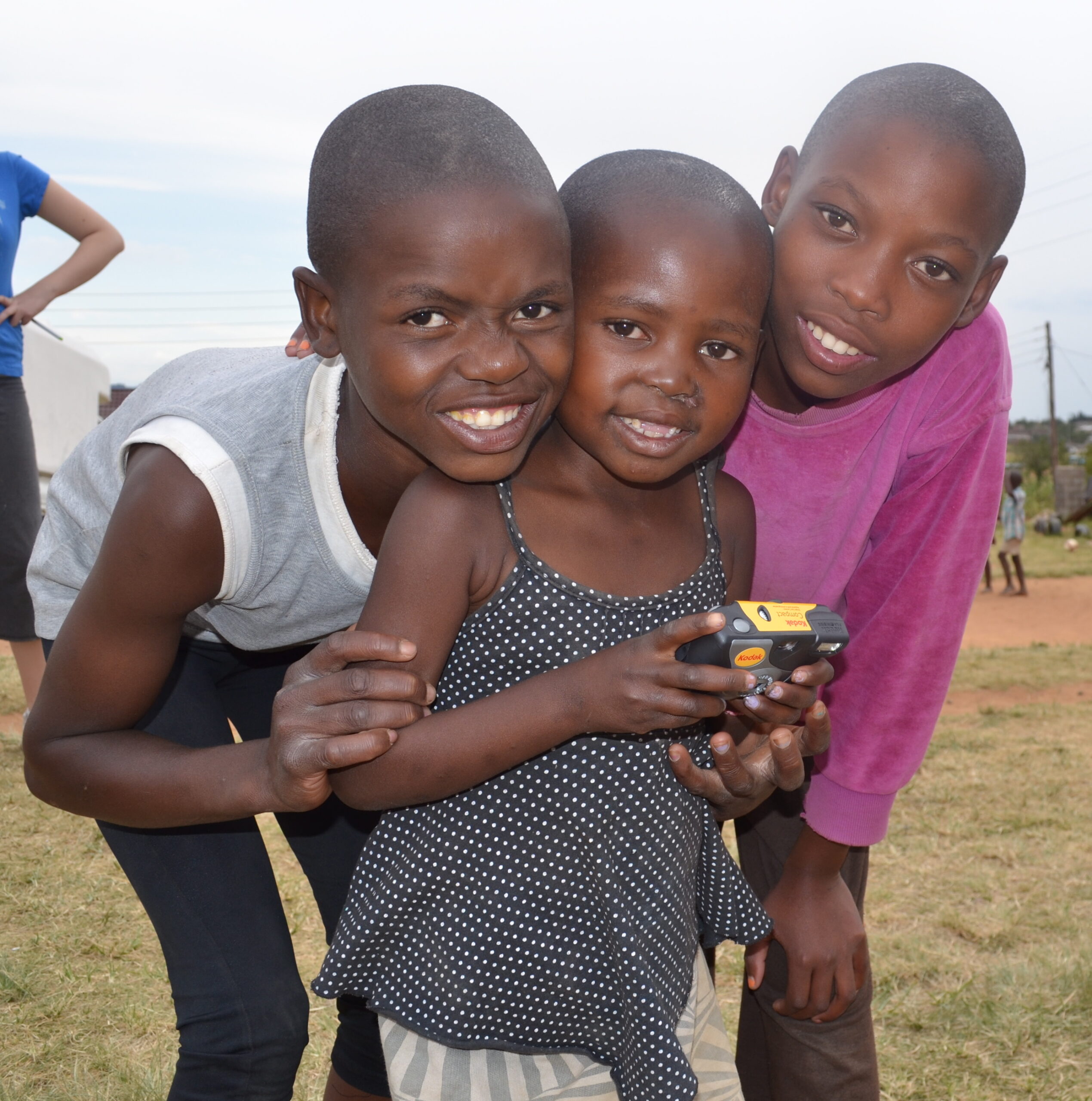 Give a child a camera and see the world through their eyes.

The Persona Non Grata Art Initiative was started to break the stigma of HIV/AIDS and end the cycle of poverty in Lesotho while exposing the orphans at Rachel’s Home, an orphanage in Maputsoe, Lesotho to art. We will accomplish our goals by providing post-secondary studies for the children orphaned by the epidemic. The name, “Persona Non Grata” refers to the stigma and discrimination faced by those afflicted with or orphaned by HIV/AIDS in Lesotho.

Our inaugural art show will take place this FRIDAY, June 22 at 57 Elm St., Toronto, near Dundas Square. The event will be held at the studio of Canadian fashion designer Adrian Wu from 7 PM to 10 PM.

The show will feature photography by the orphans at Rachel’s Home  and Adrian Wu’s Resort 2012 Collection inspired by the initiative.

The event is sponsored by Davids Tea, Perrier and We Bake in Heels. Look forward to signature drinks, prizes and yummy cupcakes. 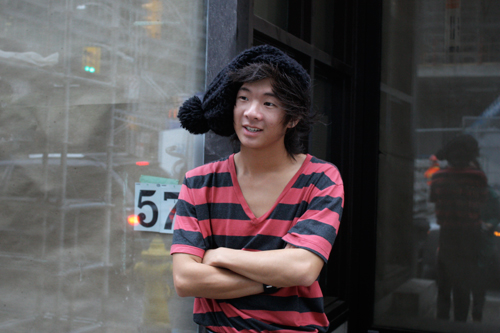 Designer Adrian Wu in front of his studio at 57 Elm St., Toronto.

Don’t worry if you are not in Toronto this weekend, we will be holding an additional shows in Cambridge on September 28, 2012 and Ottawa on October 10, 2012. Details to come.

Keep left at the fork, follow signs for Gardiner Expressway/Toronto and merge onto Gardiner Expy E.

There is parking on Elm St, in the hospital’s parking garage and right behind Adrian’s studio at Barnaby Pl. and Edward St.(behind the Greyhound Bus Station). 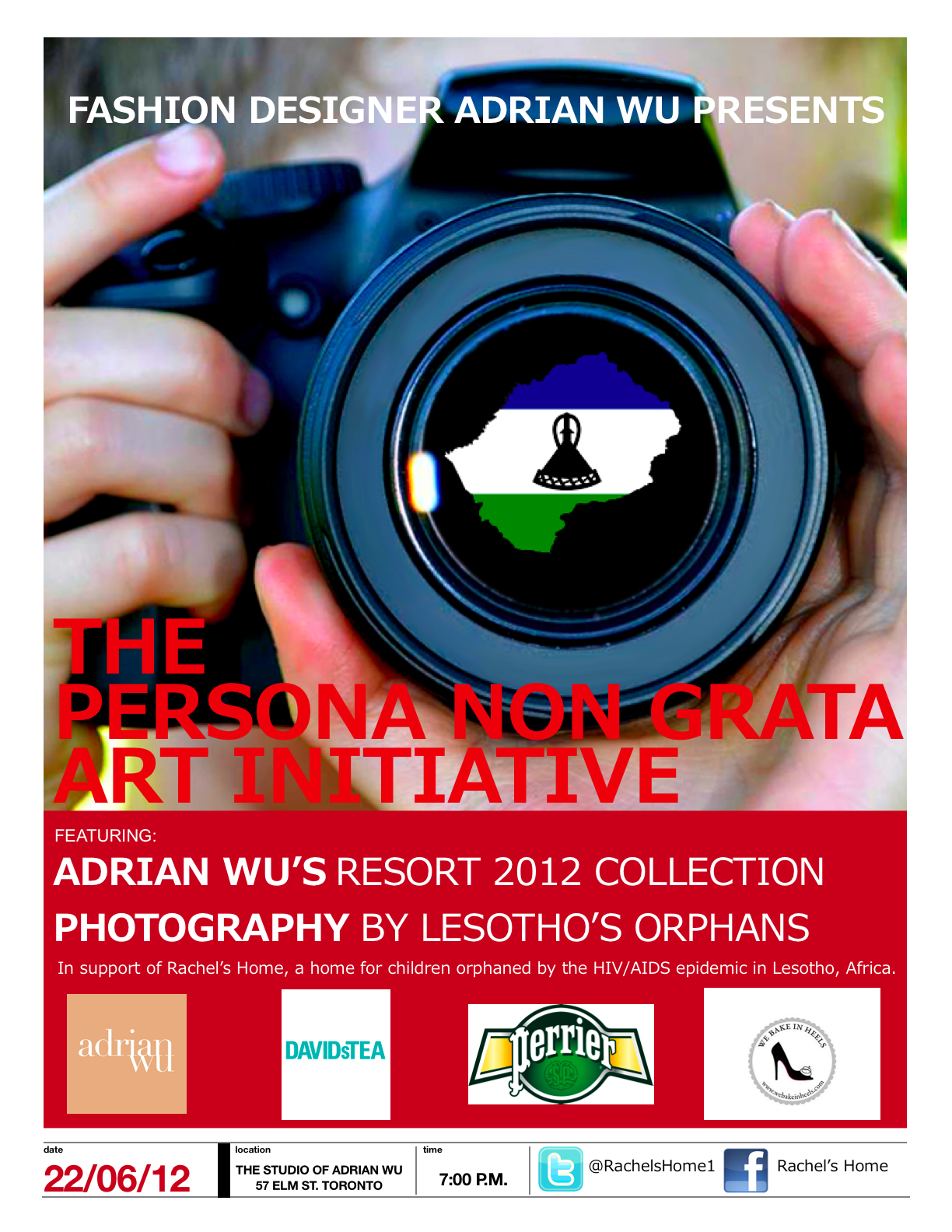 Come out for fine art, fashion and food.