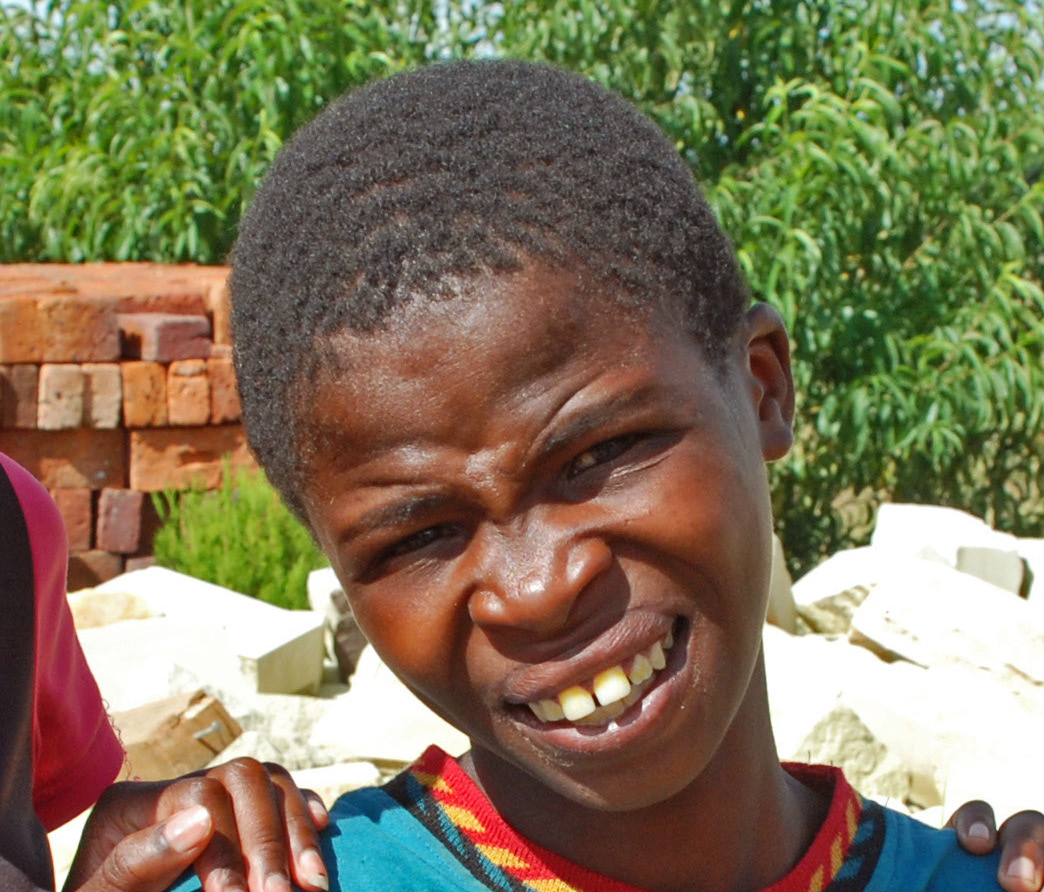 Well, we have been home in Canada for just over a year now, and there are children and memories from Rachel’s Home that will forever be etched in my heart and memory.

One child that took a piece of my heart is Boney.  He is almost a young man in body, but in mind he is at probably at pre-school level.

God alone knows how this beautiful soul came to be an orphan at Rachel’s Home.  He captured my attention the first day because of his grin from ear to ear.  I could tell he was different from the other children because he either couldn’t speak English, or did not want to communicate verbally.  All the other children from 5 years and up were very fluent in English.

Boney always seemed to be at least one step behind all the other orphans, but didn’t seem to mind.  He knew he was loved, and these strangers that had come to his home posed no threat.  Every day, as we arrived, he would seek me out and lay his very large, gentle hand on my shoulder.  I think that was his way of choosing me to be his friend.

I realised just how far behind in school he was when Jane noticed him in the Grade 2 class.  He was twelve and the other classmates were seven.  As they were writing their letters he held up a paper to show her with a huge smile on his face.  He was obviously proud of his accomplishment; however, when Jane looked at the paper it was full of scribbles.  To him, he had done what all the other students were doing and I don’t know if he realised that he was behind them.

My one thought of Boney now, is, what if he were in Canada?  Would he be able to have schooling that would accommodate him?  There is no way he will ever receive what he needs in Lesotho.  I also realise that to uproot him from everything he knows and loves would be cruel and that God has put him there for a reason.  Perhaps it is to teach us all a little compassion and tolerance.  Hopefully he will be healthy and happy in his future there.

I know I will never forget the power of that gentle hand on my shoulder and a grin that would melt even the coldest heart.  God bless you Boney.  You are one of my favourite memories of Lesotho.