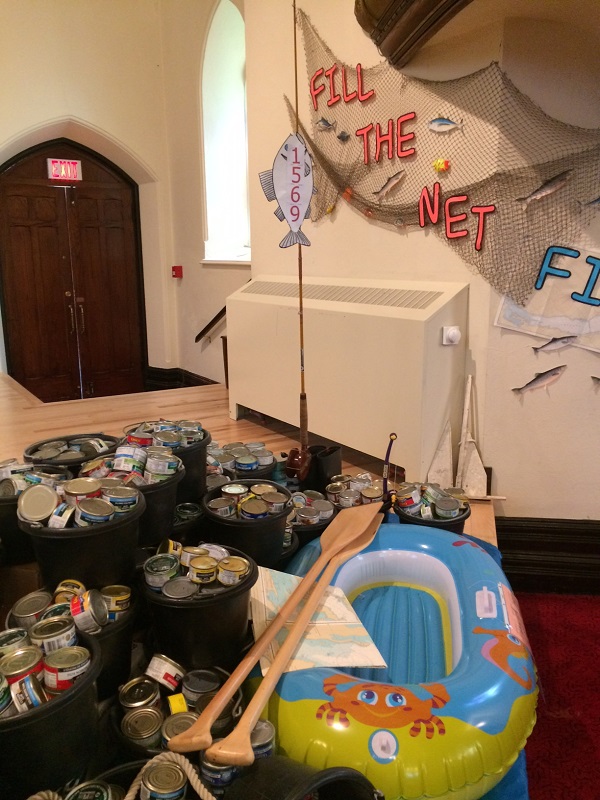 Yes, this weekend we surpassed last year’s record. We reeled in 237 cans, bringing our total catch thus far to 1,569.

I know I’ve told this story in the past, but I think now is a good time for a reminder of why we do these things.

I spent a Thursday afternoon several years ago, as a volunteer in the store at the food bank. I met many people that day, but one in particular stuck in my memory.

She was a single mom with a young child. She arrived quite late, almost at closing time. She was wearing the uniform of a paramedic in training at Conestoga College and she was on her way home from school.

Yes, with the food bank’s help she was building a future for herself and her child, but she was doing more than that. She was demonstrating that, with a little help, she could, not only change her life, but she could also make a difference in her community. She would have graduated several years ago.

Just imagine the next time someone in your family needs the help of a paramedic. It’s entirely possible that the person who is that first line of defence, stabilizing your mom and getting her to the hospital might be there because our local food bank was there to help that person get through school.

When we support the Cambridge Self Help Food Bank, we are helping people. We are also building community. We can make a difference, and so can those who we help. They can be there when we need them, but they need us to be there when they need us.

So, lets fill those nets. Let’s get to 5,000 cans. Do you have any idea how much that would cost? If every person who attended Central over the summer had contributed $2.50 each Sunday, roughly 2 ½ cans per person, we would reach that goal. We have four weeks left. We need 850 cans per week. That’s $6.00 per person, per week.