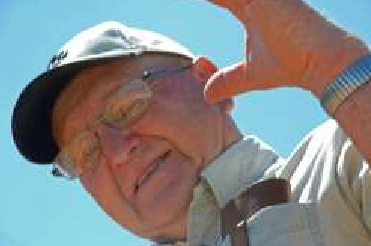 George Barrie is a long-time member of Central and the Galt area. His forebears arrived
from Scotland in 1829 and established themselves in the farming community. George
spent most of his life growing produce for market and now spends much of his time at
the other end of the food chain, preparing produce for the hungry in other countries.
Farmers from places such as Grand Bend, Alliston, Niagara region, Simcoe, etc., donate
vegetables to the Ontario Christian Gleaners to be prepared and dried and then sent to
many developing countries.

A day at the Gleaners begins at 8:00 am and ends around noon, as the volunteers gather
at tables to prepare the vegetables. Usually they will prepare one vegetable at a time
which they peel and send to the dicer and then to the dryer. The dried vegetables are
kept in a barrel until a variety of vegetables is available. During packing, the dried
vegetables are scooped into plastic bags and vacuum sealed. The bags are either boxed
or placed into plastic containers provided by Tim Horton’s. The boxes are stacked on
skids placed into shipping containers, and shipped by sea. The costs of shipping are
covered by various charitable organizations.

In 2017, the Gleaners shipped 7.85 million servings of dried vegetable mix, 3421 bags of
dried apples, and 4138 kg of other products such as beans and granola. The food was
transported to 26 countries, including Haiti, Guatemala and the Philippines.

The Gleaners attracts about 50 volunteers per day, including teenagers doing volunteer
hours as well as church groups who come to help out. As well as George, there are a
number of Central members who also volunteer including Greg Gowing, Sandy Barrie,
Harry and Gerda Burgsma, Henk and Corrie Oudshoorn, and Peter and Susan Schneller.
We applaud these Central members whose work at the Gleaners helps to feed those
less fortunate throughout the world.