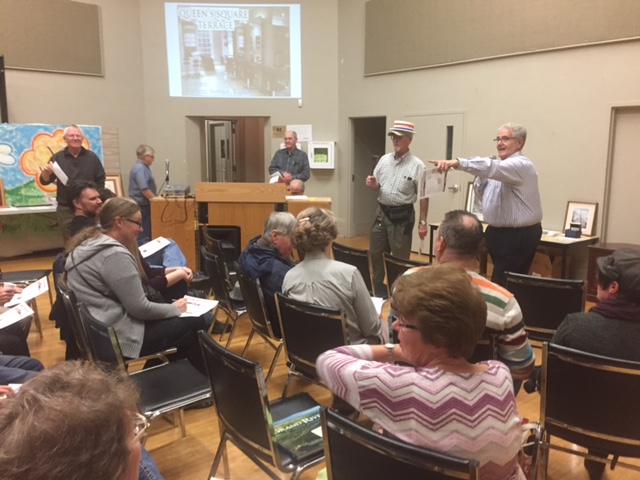 “Going, going, gone!” was the call on Saturday night as Central hosted an auction for the Preservation Fund. Great items such as a cottage for a week, high tea at Langdon Hall, two dinners for four, and many other items were hotly competed for with many laughs and comments to accompany the bidding. The silent auction was also successful with bids received right until the end. Thanks to George Barrie and his crew for the set-up and organization.

Return to Restore the Roof